Do you love the great outdoors and camping under the stars? For me, camping is such a great tradition. I’ve always camped, but I’ve always gone camping in style, meaning a large three bedroom tent, a bed and camping furniture. There is another way to camp, using the minimalist rule.

While I am an adventurer and love camping, my kids aren’t much into it these days. The mosquitos, the dirt, sunburn, heat, I could go on. They’re always complaining if I bring it up. So I guess I’ve given up trying to convince them to even want to these days. While my daughter prefers reading a novel over a weekend, my son is addicted (like so many) to the treacherous claws of the Xbox and games like Roblox and Fortnite. I really hate Microsoft and the developers of these online games for bringing them to the attention of our children.

My kids spend every second weekend at their father’s, which gives me 2 days out of 14 in which I am childless and can do anything I want. What I love to do most, is to go camping with my boyfriend and our two beasts. I say beasts because we both have very large dogs and it’s always funny to see the reaction we get when we have them with us, because my boy is a German Shepherd, and if that isn’t a large enough breed, Matt’s is a Bull Arab; pretty much one of the largest breeds in town. Our boys usually take up most of the back of my car, together with our camping gear. Sometimes we take Matt’s ute and then we have the boys tied up on top of the tray. That’s when people really stare. 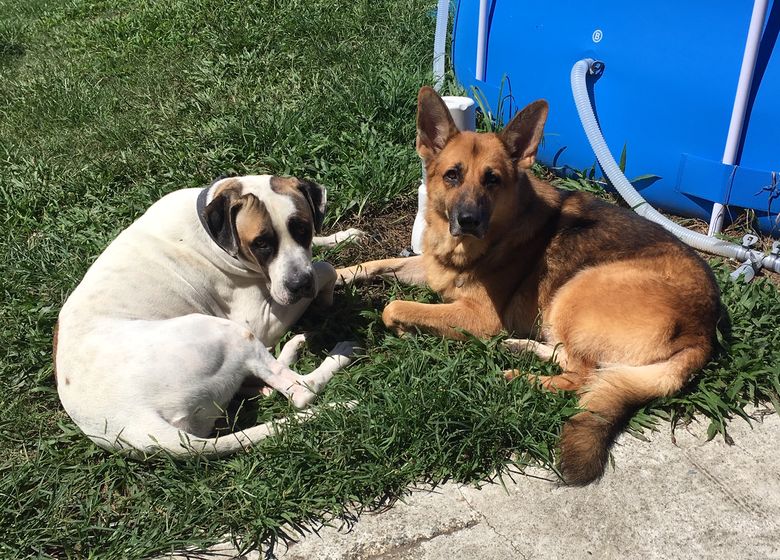 CAMPING WITH THE BEASTS

Besides our large dogs accompanying us, we really travel quite light. We don’t use a tent. Instead, we use a one man swag to sleep in. It’s made for one person, but we both fit in it quite comfortably. Lucky we are people on the leaner side, because I guess it would be quite uncomfortable if you are a larger frame. We like it this way and make do, and there’s no better way to watch the stars at night than from a swag. While you lie down in it, you have the option to unzip the canopy and watch the sky through the netting, which protects you from insects and other creepy crawlies. As you can see, our boys love the adventure too. 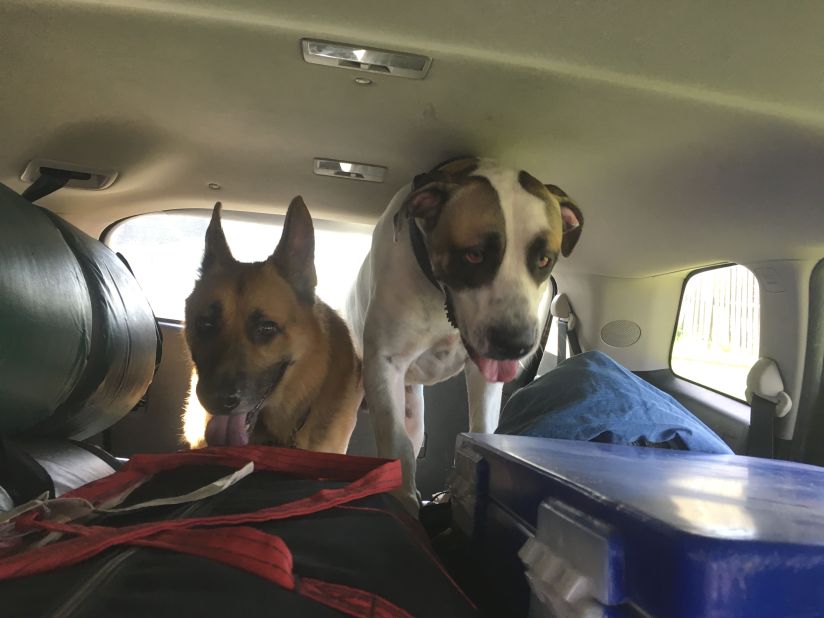 CAMPING WITH THE SWAG

Another great thing about sharing a swag, is that your body heat keeps you warm, even on colder camping nights. Swags have a mattress in them that you just put a sheet on and all you need is a blanket and two pillows and you’re set. Have I mentioned that you can set up and take down a swag in about five minutes? It really is a fabulous way to camp. I guess the best way to describe it, is a cocoon. Butterflies have used them for years, so why can’t we as humans use them too. It may be an Aussie thing to use a swag, but it certainly works for us. You can get double sized swags too, and eventually we plan to upgrade and have been looking at one from BCF here in Australia, but for now, our single swag works just fine. You just unroll, set up and roll back again at the end of your trip. 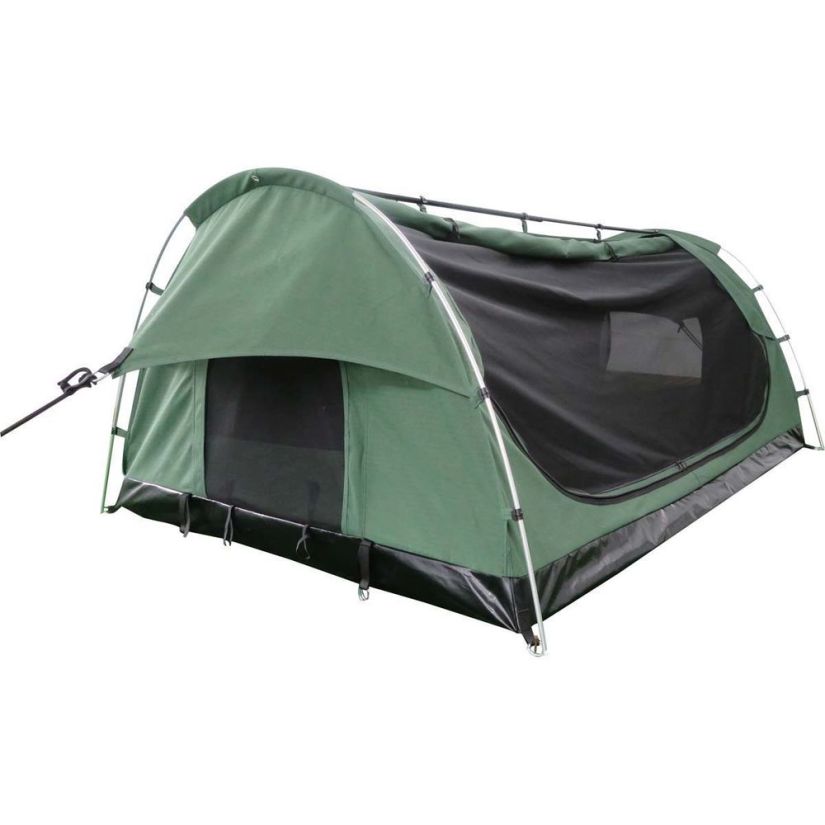 We camped at Canungra this weekend just gone, and since we only went for one night, we were lucky enough to score a ‘pole position’ campsite which was abandoned the same morning, so we ended up having such a wonderful place to set up camp and also somewhere to set up a fire for roasting sausages and marshmallows on. It was quite funny to have such a large site, when we barely had anything with us but the dogs loved the extra space and so did we. We set up two swags, just in case our friends came, but in the end it was just us, and it ended up a fabulous short weekend away. 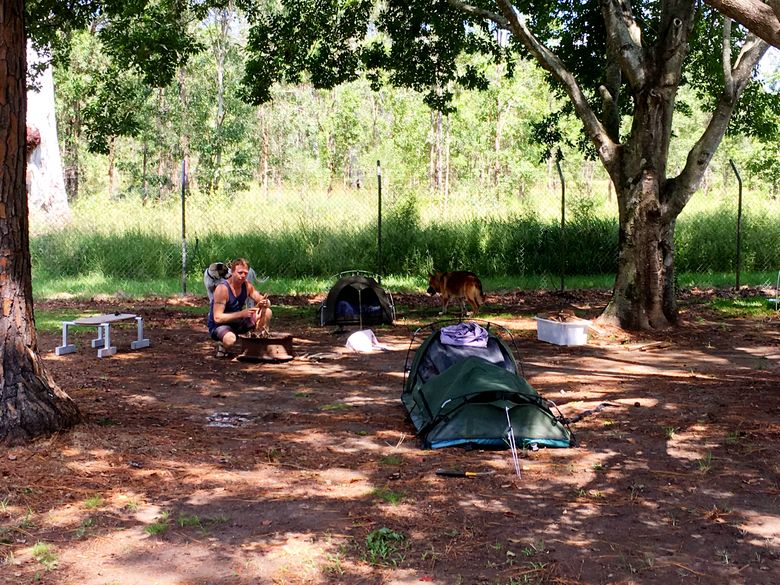 It was a great night away from all the hustle and bustle of the Gold Coast. When you go away somewhere quiet like this, you really learn to appreciate nature more. We had a creek near by which we all swam in, even the dogs. My boy is almost eight now, and I couldn’t believe how much he loved swimming around like if he was one again. It was really nice to see the old boy come alive like that.

On our way home, we stopped at AdvanceTown Hotel for a traditional afternoon beer, who accommodated for us and our two beasts. Ok, so we broke the detox with one beer but they say that there is a steak sandwich in every beer here in Australia, so we treated ourselves. We got to listen to a great Blues band that was playing and met some great folks; some locals, some not, and enjoyed a few hours of what was left of our Sunday. 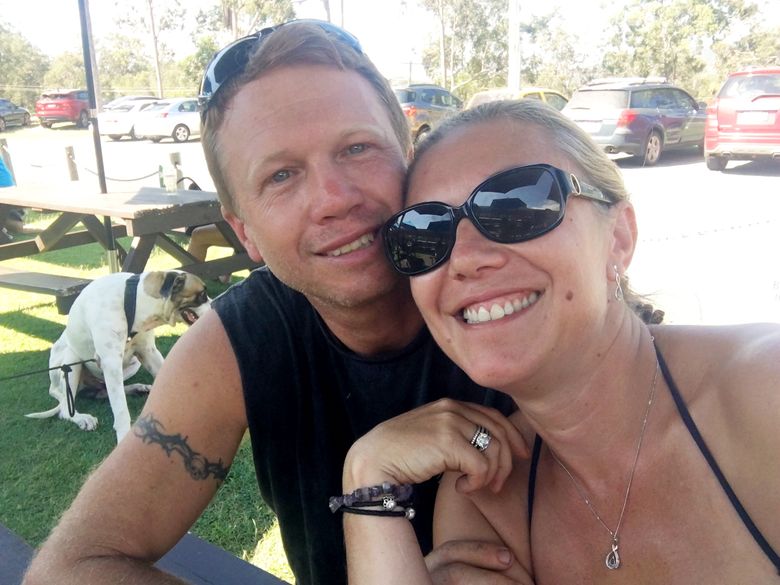 There’s never much time for holidaying in our busy schedules, and most of us don’t want the burden of the hard work that goes into packing and unpacking of everything in a short, two day weekend, but I highly recommend swags as an alternative to camping the traditional way. It’s simple, it’s fun and you can get away with a one night stay so easily. Nothing like roasting sausages and marshmallows on the end of a stick over a camp fire, even if you are on a detox while you camp and you have to make do with vegan sausages and skip the marshmallows. 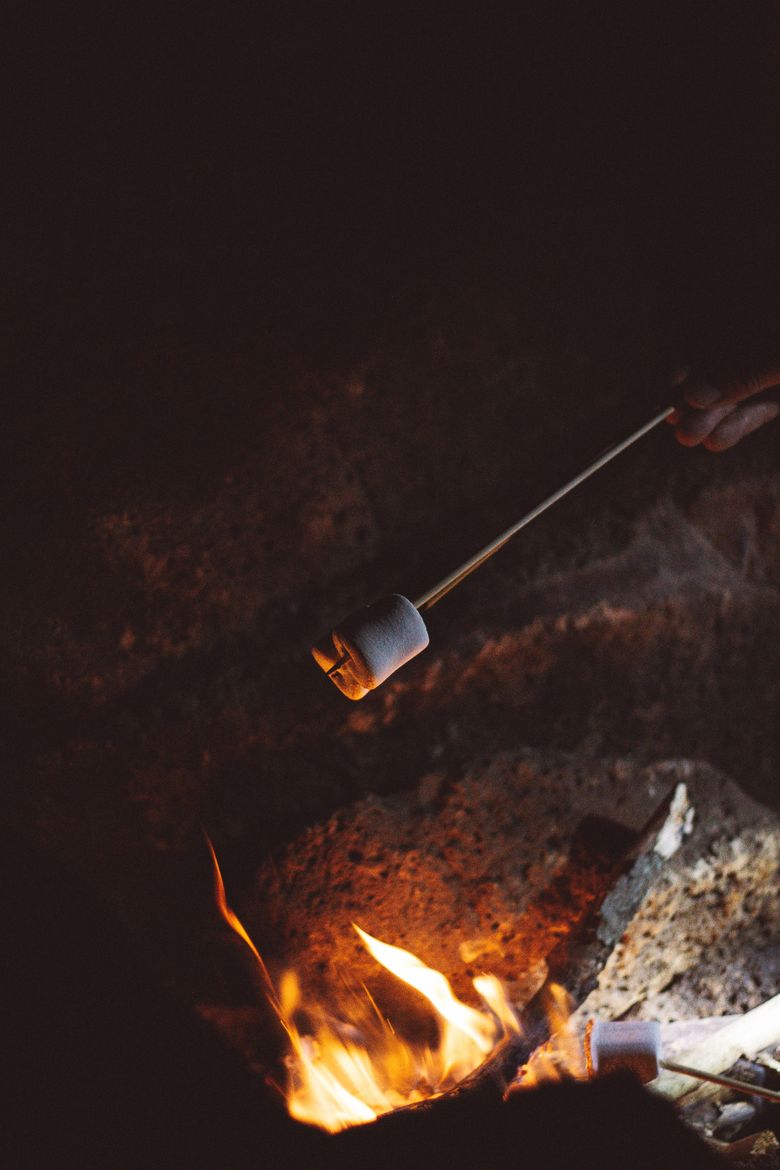 If you have a camping story, please share in the comments below and tell me about your special camping adventure.

View all posts by Sarka Hill